If you're like me, you find Lion's feature that restores documents in apps after you relaunch them to be more of a hindrance than a help. Well, like most other Lion features that people hate, you can turn it off. Just go to System Preferences > General, and disable the checkbox next to "Restore windows when quitting and re-opening apps" as indicated in the screenshot below. 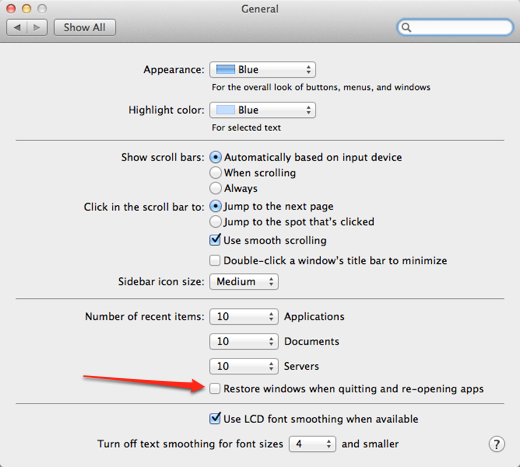 Now it may not appear to be turned off at first because some apps don't pick up on it until after a relaunch or two, but this should do the trick.

Of course I actually want this feature for a select few apps. In fact, Safari is the only one I can think of right now. To re-enable this feature in Safari after turning it off for everything else, enter this command in the Terminal: