It's been 3 years since I first backed the MEATER wireless meat thermometer project on Kickstarter. The basic premise is a completely wireless thermometer that gives you both meat and chamber temp, and connects to an app on your phone via bluetooth for monitoring your cook.

Since I knew that I would not be happy with a Bluetooth thermometer connecting directly to my phone due to range issues, I backed the MEATER Block, which has a base that connects to WiFi so you can access it from anywhere.1 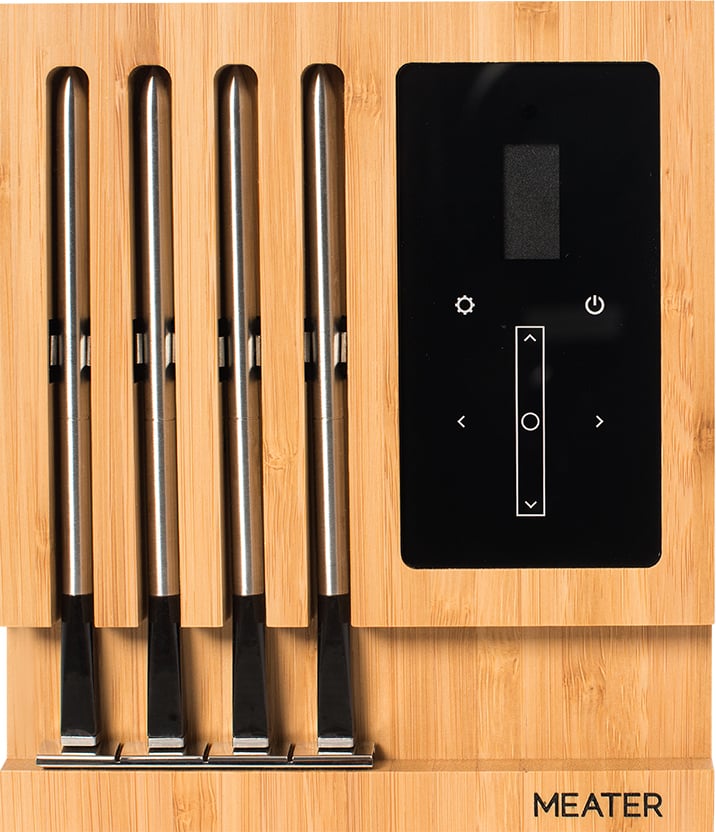 Well…they shipped the initial model pretty late, somewhere in the second half of 2017 (January 2016 was the initial estimated date). The Block, however, has been delayed to the point that they have only recently finished up beta testing and only started getting enough produced to start shipping sometime last month.

In the meantime, though, they came out with the MEATER+, which is more similar in style to the entry level model than the Block. This model doesn't connect to WiFi, but the thermometer itself connects to the base which then repeats the Bluetooth signal to extend the range.

When it came time to ship the Block, they gave me the option to switch from that to two MEATER+ units. Since I don't really need the ability to connect from the other side of town, I decided that this would probably work for me. This also means I have two small base units instead of one big one, making it more portable. This probably also means I got it a little sooner than if I'd waited for the Block to ship.

My MEATER+ units showed up last week, and I've used them a few times already. So now for a mini review.

I am very happy that I did not get the entry level unit, although I may have received it a couple years sooner. I put one of the thermometers in the oven, and it immediately disconnected from the base unit. I had to attach the base unit (which helpfully has magnets on the back) directly to the outside of the oven to maintain the connection. If this was the entry level model, I'd have to have my phone in a similar location to stay connected. As it is, the repeater being on the outside of the oven gives me enough range to monitor my cook from pretty much anywhere in the house, except the master bathroom which is about the farthest point in the house from the oven. 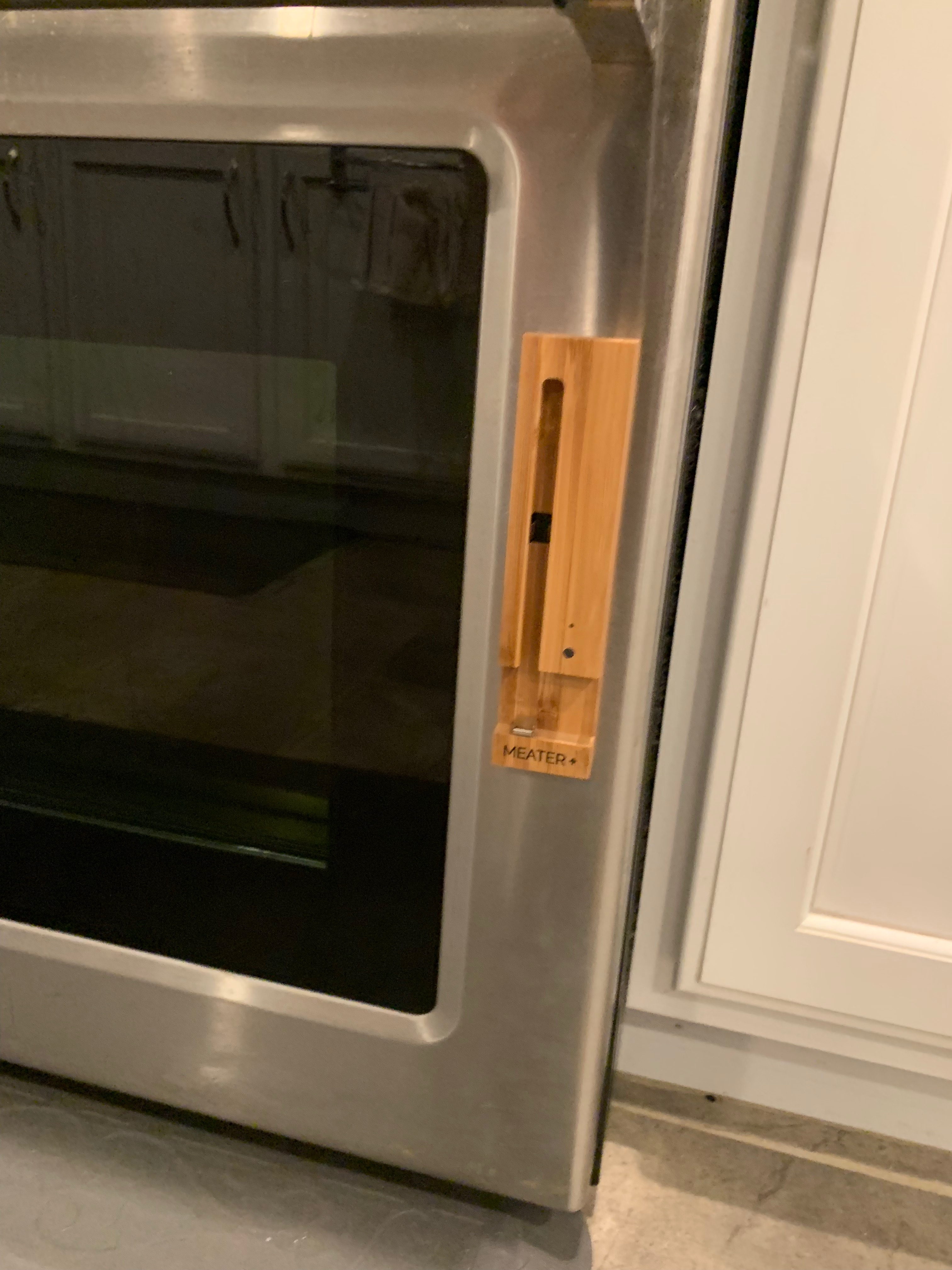 The thermometer itself works great. The app is nice, and gives me data that can be useful in troubleshooting my cooks, like a nice graph of the chamber and meat temperature over the time of the cook, which helped me see that my smoker runs way hotter than it says it does.

At this point, the only thing I have that's close to a complaint is kind of obvious: due to all the electronics having to be housed inside the probe, the probes are pretty thick compared to most meat thermometers. This isn't a huge deal, but it makes it a bit harder to get the thermometer pushed into the meat. It also leaves a larger hole behind, but you'd have to be pretty petty to take issue with that. 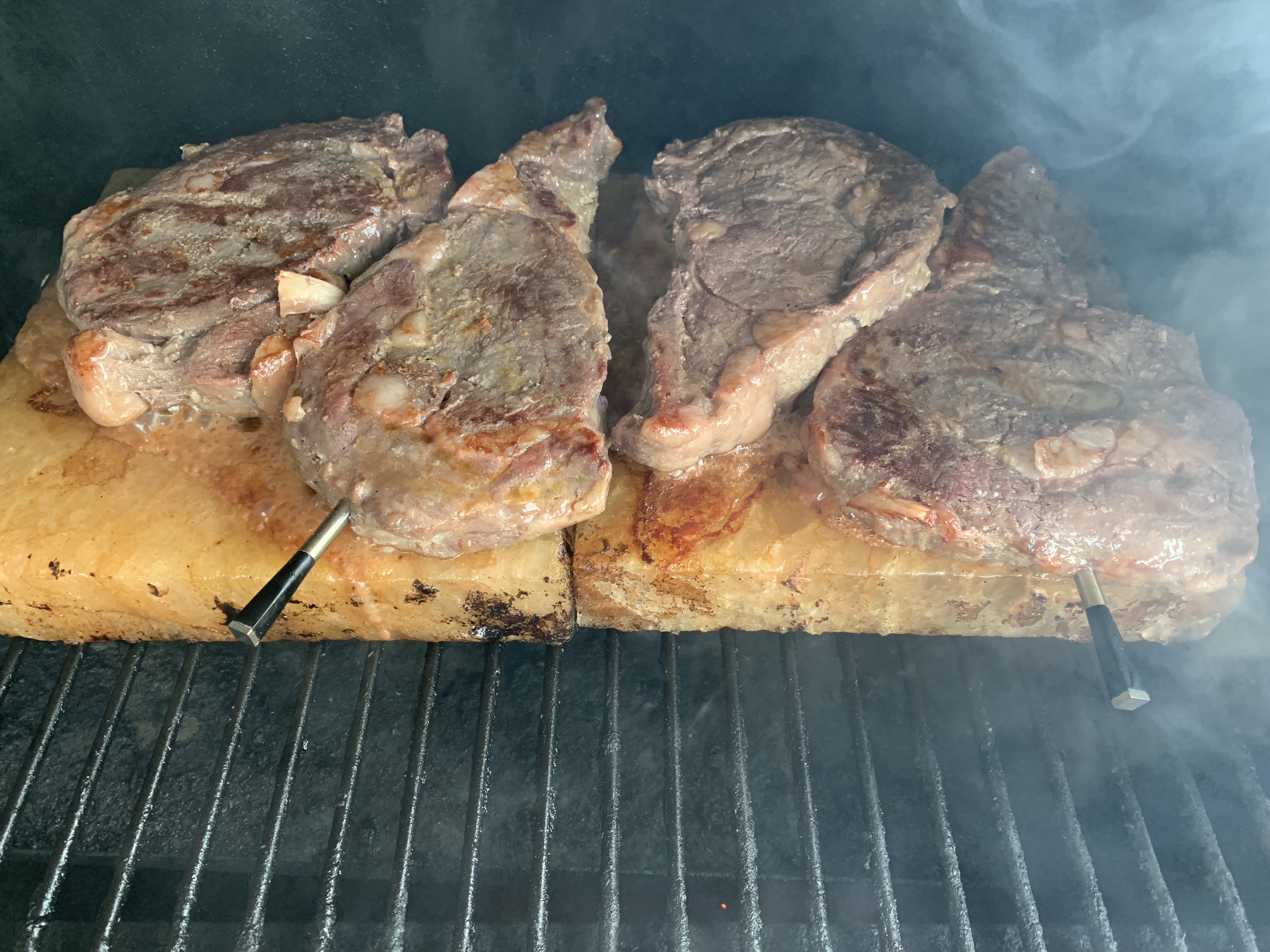 Overall, while I would have loved to get this a lot sooner, it seems that it was worth the wait.

Learn more about the MEATER products at Meater.com.